For complete information on the Professional Theatre program, please visit the program section of the John Abbott website. 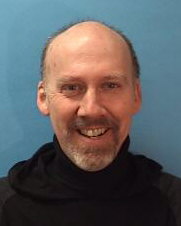 While a student at Concordia, Rob made his professional acting debut in Godspell at the Segal Centre. He’s played lead roles in theatres across the country from Theatre New Brunswick to the Banff Centre. Locally, he’s performed for Centaur, Geordie, the Segal and six seasons at Theatre Lac Brome. Catch him on film opposite Sharon Stone in a Different Loyalty, opposite Taylor Kitsch in The Covenant, with Marlon Brando in Free Money and with Christopher Plummer in Nuremburg. The diversity he’s experienced professionally he brings to the classroom whether working on drama, comedy, music or Shakespeare. John Abbott directing credits include Hair, Romeo and Juliet, Rumors, Twelfth Night, Fiddler on the Roof and To Kill a Mockingbird. Teaching what he loves has been the greatest reward of his career. 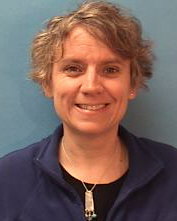 I have worked in Montreal Theatre for many years. I began by operating and then designing lights and sound; eventually, I moved on to technical direction and finally production management, which is my specialty and what I teach at John Abbott. Theatre History is also one of my passions. Based in Montreal, I have also worked in 7 provinces and 1 territory, as well in the United States. Though I have worked for most of the major English companies in Montreal, I particularly enjoyed my years spent working for the Piggery, the Centaur, the Segal Centre and Just for Laughs. 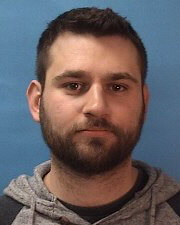 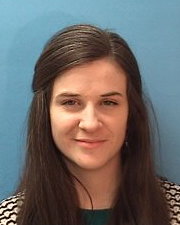 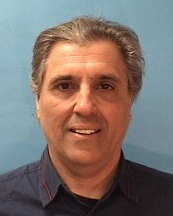 Andrew Cuk, M.A., Ph.D., has been a theatre and music professional for over thirty years. He began teaching at John Abbott in 2005. He is a director, writer, actor and Artistic Director of the Montreal theatre company, Canis Tempus, which produced his plays Sala XVIII and Quixote. Two of his plays premiered at John Abbott: Three Witches, a modern take on Shakespeare’s Macbeth, and Elektra, a reworking of the ancient Greek myth. Andy has directed classical and contemporary plays, operas and musicals. He received his doctorate from the University of California and his masters from Western Washington University. At Abbott, along with directing productions, he has taught acting, text, theatre history and Theatre Workshop. 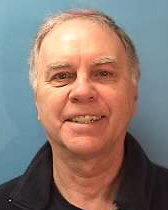 Terry Donald has been a member of John Abbott College's Department of Theatre and Music for thirty-five years. He holds a Bachelor of Science degree from Loyola College of Montreal and a Master of Arts degree from Syracuse University. Mr. Donald serves as the Acting Section Coordinator in the department. Along with directing departmental productions, he teaches acting and text. In 2008 he received The Martin Luther King Achievement Award. For many years he served as artistic director of the Black Theatre Workshop and is currently artistic director of The Montreal Theatre Ensemble. 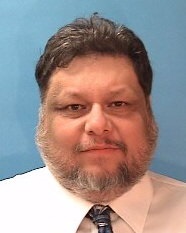 Pierre Dussol has been a member of the Department of Theatre at John Abbott College since 2003. He has taught Stagecraft, Theatre Orientation, Theatre Workshop, Media and AutoCAD. He graduated from the Professional Theatre Program at John Abbott in 1991. He has worked on over 200 productions in theatre, television and film in Stratford, Montreal, Nova Scotia and London, England. He holds a Bachelor Degree in History and Archaeology from Concordia University. He also received a Master’s in Education from the University of Sherbrooke. In 2012 Pierre published his first book “AutoCAD For The Theatre” with the CCDMD. He has served as a member of the Faculty Professional Development Committee since 2007. 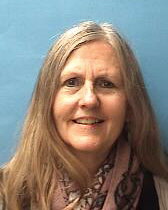 Zach Fraser has taught with John Abbott College’s Department of Theatre since 2008. At Abbott, Zach primarily teaches Movement, Mask, and Professional Management for the acting students. He is a graduate of École Philippe Gaulier (London/Paris), UQÀM’s puppetry program (Montreal), and Dalhousie University (Halifax). Zach frequently works within the professional theatre community as an actor, director, movement coach, puppeteer and puppet maker. In Montreal, Zach has also taught at the National Theatre School, McGill University, and Université de Montréal, and was a guest instructor at École Philippe Gaulier in France. 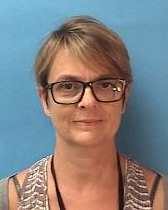 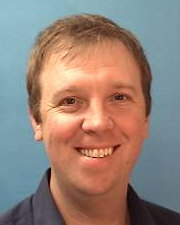 Jason Howell holds a BFA in Theatre Performance and a Graduate Diploma in Communication Studies from Concordia University. A graduate of John Abbott’s Creative Arts program in the 90’s, Jason came to the college as a teacher in 200, where he teaches media, acting and directs the Theatre Workshop shows. He has various professional acting credits from theatre and film projects in Montreal and across Canada. Jason is also a working musician and can be seen with his band Jando in various locations across the Montreal pub circuit. He currently represents the Theatre department on the ALC Program Committee. 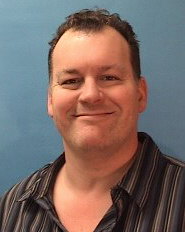 Patrice Jacques graduated from the John Abbott College: Professional Theatre Technical program in 1994. Ever since, he has worked in all facets of the entertainment industry. From stage managing to props master in theatre, to model maker, make-up effects mold maker & special effects props maker in movies. He has also had the honor of being the props specialist for all 22 running show from the Cirque du Soleil headquarters in Montreal for 7 years. He loves learning and sharing his knowledge. Joining the Theatre faculty 3 years ago, he currently teaches props building, sculpting in various mediums, mask fabrication and mold making. Throughout the various stages of his versatile career, he’s stayed active in the film business with his sfx props making company working on such films as The Aviator, The Day After Tomorrow, The Mummy 3, White House Down, Riddick and XMEN: Days of Future Past. 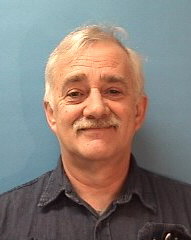 Francis LePage has been a member of John Abbott College’s Department of Theatre and Music for 23 years. He holds a Bachelor of Arts from Bishop’s University. He presently teaches all three years of shop classes in the Theatre Program. He began his professional career at Bishop’s working for Festival Lennoxville for 3 years, as a technician and a carpenter. Upon graduating, he moved to Montreal and started work at Centaur Theatre, where he spent 11 years working as both a technician and carpenter. He also worked for 4 summers at a scene shop building movies, commercials, and industrial shows. 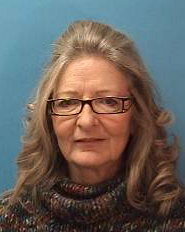 Lesley Macaulay has been working in the Theatre department for 21 years, teaching costume design and drawing. She began her illustrious career at the National Film Board as a background artist and illustrator for 5 years. The Stratford Festival soon followed, where she worked for 8 years. She started as a design assistant, then became the sets and costumes designer for Macbeth, Antigone, The Beaux’ Stratagem. She also had the pleasure of working 4 years at the National Arts Centre, designing costume and set for Can’t Pay? Won’t Pay!, The Life and Crimes of Al Capone, Good, Terminal Blues. After having worked as costumes/props fabricator on Phantom of the Opera, Miss Saigon, Joseph and several films she was asked to join the Professional Theatre program. 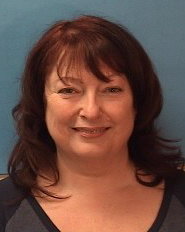 Maggi Macaulay trained in acting at John Abbott, graduating in 1980. After a number of acting roles she worked in Film Production as an Animator and Illustrator for the N.F.B. and as a freelance Costume Designer for Theatre and Video production. Maggi has been “running” the Wardrobe at Abbott for over twenty years, supervising the costuming of hundreds of actors and actresses in Department Productions. Maggi teaches Costume Construction and the History of Styles, architecture, costume, furniture and interior design. Graduates work in costume at Cirque du Soleil, Disney Productions and the Stratford Festival Theatre, Ontario, Canada.

Carolyn Murdoch has been happily part of the JAC Theatre Department Family for 10 years now. Ms. Murdoch is a graduate of Mount Alison University, as well as the National Theatre School of Canada, where she later taught Stage Management, Production managed the Directing Program, and helped co-ordinate the Technical Production department. Over the years, Carolyn has worked and toured throughout Canada in Theatre and Dance, as well as some television & film work…but she enjoys nothing more than being with all the wonderful, clever & creative people in the Theatre Department at John Abbott College.

Rea Nolan has taught at John Abbott College in the Department of Theatre since 2006. She is a voice teacher, and a text, accent and dialect coach. Throughout her career, she has worked as a performer, teacher and coach in Canada, Ireland and the UK.

Rea is a Company Voice & Dialect Coach for the 2015 Shaw Theatre Festival of Canada, and has previously worked for the Segal Centre, the Globe Theatre Saskatchewan, and the Grand Theatre Ontario, in voice coaching capacities. As a Dialect Coach, Rea has worked broadly in the film and television industry, having coached Oscar winning actor Sir Ben Kingsley, as well as Joseph Gordon Levitt (in his upcoming role in Robert Zemeckis's 'The Walk'), Rhys Ifans, and UFC Champion George St-Pierre in his upcoming role in 'Kickboxer'. She has also worked with Oscar winning director Lasse Halstrom, and director Andrew Bergman. Past teaching credits include positions as a guest teacher at the National Theatre School of Canada, and in the Theatre Department at Concordia University. She has also taught at Acadamy of Live and Recorded Arts (ALRA) and the Central School of Speech and Drama in the UK, and offered workshops for Smashing Times Theatre Company in Dublin, Ireland. As a voice specialist, she has worked with LADMMI (Les Ateliers de Danse Moderne, Montreal Inc), Marie Chouinard Danse, at ASM Performing Arts, and Repercussion Theatre's Classical Theatre Training programme. In 2006/07, she served as a consultant for Le Portage in the development of new therapeutic approaches to addiction rehabilitation.

Rea graduated from Concordia University with a BFA in Theatre Performance in 1997. She also holds a B.Sc.Eng. from the University of New Brunswick, an MA in Voice Studies from the Central School of Speech and Drama in London, England, and a diploma from the Moscow Art Theatre School. In 2007 Rea completed the Leadership Training Programme with the Marion Woodman Foundation, whose BodySoul Rhythms courses develop the connections between psyche, soma and voice. 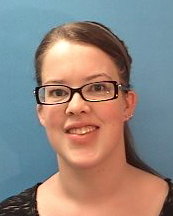 Nadia Rowsell hails from Harrington Harbour, Quebec and moved to Montreal in 2007 to pursue her post secondary education. She graduated from the Professional Theatre Program (Set & Costume Design) in 2012. Upon graduation she was the co-recipient of the Pamela Montgomery Award & the recipient of the Jason Panich Scholarship. She also has a DEC in Creative Arts: Theatre Workshop. In addition to beIng the wardrobe technician, Ms. Rowsell teaches Costume Execution to the 1st & 2nd year technical students. 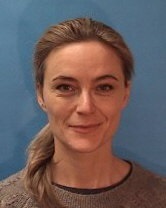 Anana Rydvald teaches Mime and Improvisation at John Abbott College’s Department of Theatre and Music. Originally from Sweden, she first came to Montreal to study at Les Grands Ballets Canadiens at the age of 12. Since then she trained as an actress and mask artist in both Europe and Canada. Before settling down in Montreal she worked as an actress for several years with the renowned Scandinavian Theatre group Cantabile 2 that creates site-specific performances around the world. She is the artistic director of Level 4 Theatre and does televison, film and voice over work as well. 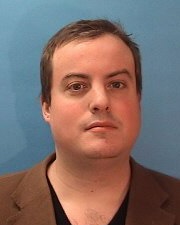 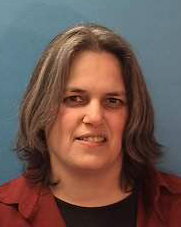 Jo- Anne Vezina has been a teacher at John Abbott College since August 2011. She is a graduate of the John Abbott Theatre Department, design section, which earned her a DEC ( Diplome d'Education Collégial). Ms.Vezina teaches a scenic painting class as well as providing paint support for the department's productions. Ms.Vezina has over 28 years of professional experience as a scenic artist, working with companies that include but are not limited to the following; Les Grands Ballets Canadiens, L'Opéra de Montréal, Théâtre du Nouveau Monde, La Cie Jean Duceppe, O Vertigo Dance, Le Cirque du Soleil, Arturo Brachetti, and the Stratford Festival.

For a list of courses offered by the Theatre department, please visit our section of the Program Planner.