The limits of my language mean the limit of my world. Ludwig Wittgenstein (1889-1951)

The Language, Literature and Culture Department offers courses in Spanish (607), Italian (608) , German (609), Mandarin (613) and Inuktitut (614)  both as concentration in the Arts, Literature and Communication Program or ALC Program, and Liberal Arts Program, and as complementary courses in all programs of study, pre-university and professional. For more information about the ALC Program, click here. 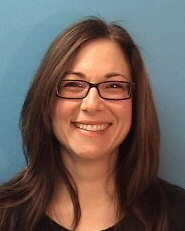 Profesora Julia has been passionate about teaching Spanish Language, Culture and Literature for more than 20 years. She has lived in Barcelona, Spain, worked at the Mexican Embassy in Ottawa, studied in Madrid, completed her undergraduate degree in Spanish and her Masters in Spanish Lit. at Ottawa U. prior to moving to Montreal to complete her Ph.D. in Hispanic Studies at McGill University where she graduated on the Deans Honor list. She has taught different levels of Spanish language and literature courses at Ottawa University, McGill University and Concordia University, as well as given conferences in North America and Spain prior to focusing her attention on projects and teaching here at John Abbott College as a vital part of the Language, Literature & Culture Department. 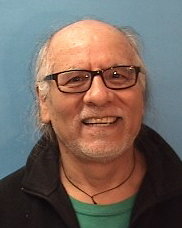 Pierre has over 30 years of experience as a teacher of German and French as Second and Foreign Languages. He has taught in several institutions in Québec (FACE High, C.O.F.I. McGill, UQAM, ). He received grants from the Goethe Institute to study in Berlin and from the Deutscher Akademischer Austauschdienst (DAAD) to study at the Albert Ludwig University in Freiburg im Breisgau. He later completed his masters degree in translation at the University Ludwig Maximilian of Munich in collaboration with the University of Montreal.

In 1995 he  received his teaching permit from the Ministry of Education of Quebec. Pierre  also was a co-trainer and a tester for the American Council on the Teaching of Foreign Languages (ACTFL) in the evaluation of the oral proficiency.  He presented conferences and workshops at the AQFLS congress,  at McGill University and in the Maritimes. He is the Author of the a collection of ludic learning activities for the classroom presented at the AQFLS congress and at McGill University and the author of Fantastisch 1 and 2 used today in his classes here at JAC.

As an Italian-Canadian born and raised in east-end Montreal, Angela had always been interested in discovering and maintaining her Italian heritage, culture and language. This interest set her on an academic and career path that began with a DEC in Foreign Languages at the CEGEP level, where she graduated top of her class. From there, Angela went on to receive BA Honors in Italian Studies and  Major in Hispanic Studies at McGill University where there again she graduated top of her class, receiving the Premio dell’ambasciatore di Svizzera in Canada (Swiss Ambassador in Canada Prize) for highest achievement in the Italian department amongst the graduating class of 2008. Along the way, Angela also received numerous bursaries, including several from CIBPA, the Canadian Italian Business and Professional Association. From there she pursued her studies in Italy, attaining a Masters in Didattica dell’italiano lingua non materna (Teaching Italian as a Foreign Language) at the Università  per Stranieri di Perugia with a specialization in Teaching Italian (LS) Language and Culture to Adults.

Angela began to work within the Italian community, working at the Centre Leonardo da Vinci as of 2005 and began teaching Italian at the Cont. Ed level in 2008. Since then, she has taught Italian language and culture courses to various age groups in both the anglo and franco sectors, from elementary school level PELO and PICAI, to adolescents at various Montreal CEGEPS to evening courses for adults, adapting the material along the way and always seeking to make language acquisition both educational and entertaining.


For a listing of courses offered by the Language, Literature and Culture Department, please visit both the Creative Arts and the General Education (Complementary courses) sections of the Course Calendar.

1. German is the most widely second language spoken in Europe.
2. Germany has the biggest economy of the European Union and ranks number

4 on the world scene.
3. Knowing German creates business opportunities. In Canada 800 German companies are represented, among which Bayer, BASF, Siemens, Daimler-Chrysler, Mannesmann and Thyssen-Krupp. Many canadian companies also have a branch in Germany. Here are some examples: Rito Tinto Alcan, Research in Motion, CAE Electronics, Bombardier, Pratt and Whitney, Trizec Hahn and Magna.
4. Germans are the biggest spenders of tourist dollars in the world.
5. The German presence on the Internet supercedes most others..
6. Almost 80 000 new Books are published every year in German, 18% of all publications world wide. Germany is the third biggest publischer in the world after the USA and Japan.
7. German is not as hard as you think as English and German have the same roots and similar words and German has been influenced by the 1. It is the most spoken language on Earth.

2. China is becoming a major player in the world’s economy and may become in some years  the world’s biggest economy surpassing the U.S.

3.  Having acquired basic Mandarin skills becomes very useful when traveling around China as most Chinese people are not able to speak English or other languages.

4. Knowing Mandarin is a gateway to immerse yourself into one of the oldest and most fascinating cultures in the World and to be able to appreciate its vast cultural heritage.

5. Knowledge of Chinese language and culture is very helpful when doing business in China as it shows respect to your Chinese partners.

6. Learning a foreign language like Chinese, speaking it and reading its characters is simply rewarding and gratifying as Chinese  is completely different than any indo-european language.

Learning Chinese characters  will give you a lifetime of intellectual stimulation. The real beauty of the language is revealed in the writing. There are thousands of Chinese characters, but they are not randomly constructed. There is a system to their design, and understanding that system makes it much easier to learn new characters.

The college offers, so far, a beginners level of Mandarin Inuktitut is an Indigenous language in North America spoken in the Canadian Arctic. The 2016 census reported 39,770 speakers, of which 65 per cent were located in Nunavut and 30.8 per cent in Quebec. Inuktitut is part of a larger Inuit language continuum (a series of dialects) stretching from Alaska to Greenland. Inuktitut uses a writing system called syllabics, created originally for the Cree language, which represent combinations of consonants and vowels. The language is also written in the Roman alphabet, and this is the exclusive writing system used in Labrador and parts of Western Nunavut. Inuktitut is a polysynthetic language, meaning that words tend to be longer and structurally more complex than their English or French counterparts.